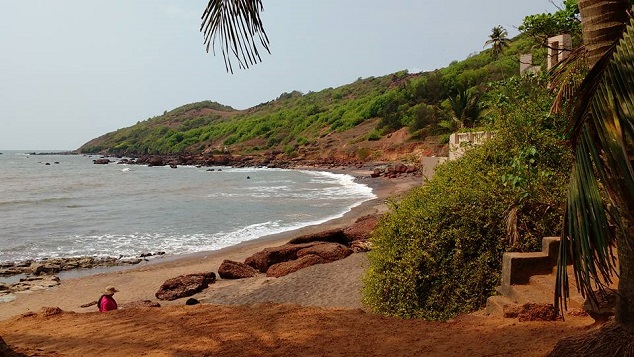 Despite it being an overnight drive from where I stay, and Pratik being an overenthusiastic driver, I have never been to Goa. My fault entirely, I admit. Maybe because everybody else is always ready to go there, at the drop of a hat. Maybe because whenever a long weekend trip is planned or a bachelor bash is proposed, the overwhelming chorus is “yeah baby, Goa!!!” Maybe because I’ve heard about the beautiful Vagator/Anjuna/Morjim beaches, the Chapora fort, the cool beach shacks and the amazing booze parties one too many times. End result – was not too keen to visit Goa anytime soon.

Then, around 1.5 years back, we visited a famous coastal restaurant in town. Along with everything else, on an impulse, I ordered Goan sausage curry and Goan prawn coconut curry. The food arrived, with the mouth-watering aroma wafting ahead. I was floored. The complexity of taste in the sausage alone was worth a thousand words! The spiciness of pepper, a hint of garam masala powder, the smokiness of paprika, the tang of vinegar, all bound together by the richness of pork fat generously mixed with the pork mince. So begun my love story with the sizzling pork sausage from Goa.

Goan cuisine is the confluence of 400 years of Portuguese colonization with the existing Hindu and Muslim cuisine. Like any coastal state, seafood forms the basis of their food and is similar to Malvani and Konkani style of cooking. The Portuguese introduced potatoes, tomatoes, pineapple, cashew (the birth of the beloved ‘Cashew Feni’) and most importantly, chilli peppers, to the people of Goa. Pork vindaloo, sorpotel, fish reachado, lamb xacuti, prawn balichao are signature Goan dishes, as is their traditional seven-layer pudding Bebinca or Bebik made with plain flour, sugar, ghee, egg yolk and coconut milk.

Lucky for me, Pratik was equally enamored by the taste of Goan food. So much so that, within 2 months’ time we again went to the restaurant and this time straight away ordered the Goan sausage pulao, fried fish and sorpotel. It was love at first taste. This, we decided, is going to be our comforter, our go-to dish whenever we’re feeling down. Within weeks Pratik nosed out a local meat shop which sold excellent Goan pork sausage and I did my best to find out a recipe. Now, Goan sausage pulao is a staple in my home – many a Saturday night dinner, spilling over to Sunday brunch and sometimes, even a little bit for Sunday dinner!

I have always made this with Goan pork sausage, but you can definitely try making it with chorizo or any other spicy, slightly fatty sausage. We generally eat it plain, but a side of mayonnaise salad or cool cucumber raita would be a good idea to cool your palate.

Measure the dry rice in a cup. In the same cup, measure the exact double amount of water and put in a saucepan, keep aside. Thoroughly wash the rice and soak.

Split open the sausage casings and put aside the sausage meat to be used later. Wash the casings in the pan of water which was kept aside, so as to get all the spices in the water. Now discard the casings.

In a heavy-based pan, heat the oil and slide in the whole spices. As soon it starts to crackle, add the garlic, green chillies and turmeric powder, stir for few seconds till it releases aroma. Now add the sliced onions and sauté till lightly browned.

Add the tomatoes and cook till they are soft.

Add the sausage meat and cook on low heat till the sausages release fat and you’re getting a good smell. It should take about 15 minutes.

Completely drain the soaked rice, add to the pan and gently fry till the rice is well fried, looks glossy and the grains separate easily.

Meanwhile put the pan of water to boil gently on the side.

When the rice is fried, add the boiling water, the sugar, chopped corianders and salt to taste. Mix everything gently and let it come to a boil. When it starts to boil, cover the pan, lower the flame to sim and let it cook for 20 minutes.

After 20 minutes, turn off the gas and let it stand for another 10 minutes. After 10 minutes remove the cover and fluff up the rice with fork. 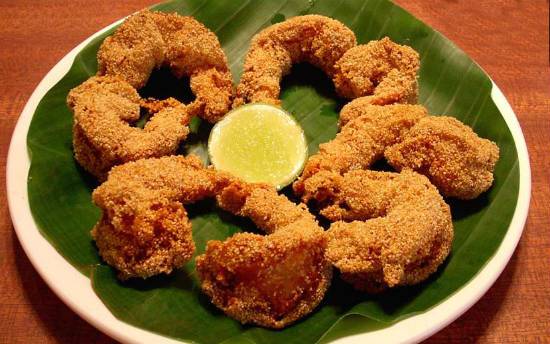 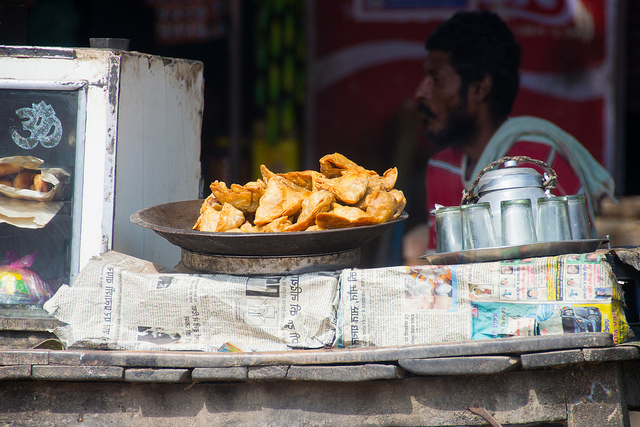 The Singara trail: exploring the roots of Bengali samosas and its global family 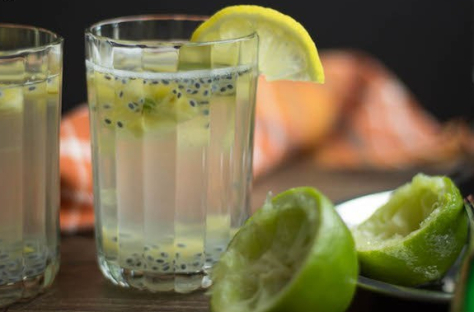 Quenching Thirst: with knowledge and sharbat