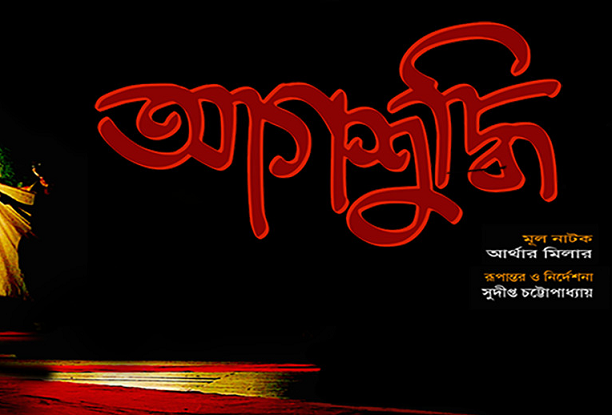 It was sheer luck that I grew up in an atmosphere where there was theatre all around.  During the summer holidays, evenings would be spent in the rehearsal rooms, or watching a play in Academy or Kalamandir. This was in the 1980s and a group of theatre enthusiasts had just left the iconic theatre group Bohurupi to form a new group called Chenamukh. Apt was the name, as there were lots of known faces from Bohurupi – Arijit Guha, Ramaprasad Banik, Anushua Majumdar (nee Ghosh), Subrata Majumdar, my father Sankar Ghosh (better known as GobuDa) and leading them was the grand Diva of Indian theatre, Tripti Mitra.

Tripti Mitra, however, later left to start her own institution, Aarabdha.

Aagshuddhi was Chenamukh’s second indigenous production. It was adapted from Arthur Miller’s The Crucible, by the young and brilliant Sudipto Chatterjee. The Crucible was a fictionalized saga of the Salem Witch trials which took place in Massachusetts during 1692-93. Sudipto Da brilliantly integrated it into the Purulia-Chhotonagpur area, weaving a tale in the tapestry darkened by the phenomenon of daiyen or witch hunt. The witch hunts are nothing but eyewash for venting out one's personal vendetta by creating mass hysteria, making an entire community suspicious and paranoid.

The play was not only a somewhat fictionalized allegory of the Salem witch hunt, it was also a commentary on the congressional hearing of Joseph McCarthy in 1953. The questions of the puritanical society in the 17th century and 1950 were almost uncannily similar – “did you ever see so and so with the devil?”…  “are you now or were ever connected with the communist party?”

The plot of Aagshuddhi revolves around the young daughter of the Sardar of the village, who is found to be senseless and at times hysteric. The previous night she and some other girls along with their maid were seen in the jungle by the Sardar himself. They were naked and were practicing black magic. The Sardar’s daughter Rupa is warned by Sabi, the Sardar’s niece, and sternly told to stick to their story of trying to contact the evil spirits and nothing else. In reality the girls were drinking blood and trying to put a death curse on Kusum, wife of a certain Chhotu Mandi.  The girls are by this time scared, and agree to stick to this story. The local witch hunter or Gunin Thakur Murmu is called. He proclaims that there indeed is a witch. Thus the saga of witch hunt and being haunted by witches, unfolds.

Chhotu Mandi erupts on the scene and it is revealed that Sabi had been involved with him when she had worked as a maid in his house. His wife Kusum, upon discovering the truth, had dismissed Sabi. Sabi however, still cherishes feelings for him and taunts him for being a coward in not confessing his feelings for her.  Chhotu denies and says that the relationship was nothing but a mistake and it’s long over.

The witch hunt continues, and Sabi, vindictive and desperate now, manipulates people into believing that there are witches in the upper echelons of the society too. The girls go with the flow as they do not want the secret of their love rituals or lesbianism or their potions and plans of trying to kill Kusum, come out.

Trials go out of hand with the girls pretending to see witches every now and then, and names flying thick and high. Anyone who has a grudge against anyone is brought in the fold of probable list of witches. Two innocent people accused of being witches are ostracized and burnt alive. Chhotu too is now accused of being one when he tries to stop this insane blood thirst. The Gunin, realizing that this has become a game of vindication, tries to stop the trials but in vain. The Judge, Dharmadas Mondal, coming to resolve the case, listens to myriad voices, the sole voice of reason in this sordid saga being Fulomoni who too is convicted. Chhotu in the end chooses death, as he cannot sell his soul and implicate other innocent people.

In 1984, I was meant to be a part of this production with the director Rama kaku wanting me to be Rupa, the Sardar’s daughter. Baba and Fate had other plans. However, I remained a part of the crew, copying scripts and attending almost every show.

Circa 2016. Aagshuddhi is going to be staged again, this time with the then-playwright Sudipto da at the helm of direction. Words fail me, trying to describe how I felt when I attended the rehearsals. A young brigade and newer set of people, with some from the original production, doing a brilliant job.

The impressive Saumya SenGupta, who played Chhotu Mandi in the original production, plays Dharmadas Mondol in the current version. Piyal SenGupta who played Fulomoni then, plays the same role now. Shukla Bhowmick played Teetu Mejhan then, which she reprises in the current production too.  Seema Banik played Kusum which is now played by Turna Das. Dharmadas was played by Arijit Guha.  Sabi was played by Anashua Majumdar with an élan rarely seen on stage.  Gunin Thakur was played by Sankar Ghosh… Baba.   Majhi Sardar was enacted by Ashok Chatterjee and Tarachand by Samiran Mukhopadhyay. The simple yet extremely effective stage was done by Utpal Nayek.  Direction was by Rama Prasad Banik.

Baba, Ashoke Kaku, Samiran Kaku, Utpal Kaku and Rama kaku are no longer in this world. Losing all of them had been difficult. Chenamukh then was a family, where people celebrated together, went out together and had adda on a regular basis with cups and cups of tea.

The biggest loss to me personally other than Baba, is Ramakaku.

Sudipto Chatterjee in the foreword of his literary work comprising 3 plays called Obhiropon Othoba Tin Ti Natok says that, when Rama Prasad Banik had given him The Crucible for adapting it to the Purulia backdrop, what was predominant in his mind was what the legendary Ajitesh Bandyopadhyay had taught him – that the essence of adapting a play lies in finding an equivalency. I don’t believe that I come even close to comment on how successfully he had done that… as this production had remained etched in the mind of theatre lovers. I personally feel that this is one of those plays that transcend time, borders and political scenarios; and thus it is no wonder that it will be reprised. The Crucible – Aagshuddhi gives us a parable that will keep on spanning centuries. And may be to my matured self it seems more relevant in today’s time than it was in 1984.

Aagshuddhi will be staged on June 5th at Gyan Manch at 6.30. I for one will be there to walk down memory lane and see newer faces enacting the so-known characters after 32 years.

This is from my very own personal experience. I hope to exchange further notes with you. Do write to us. 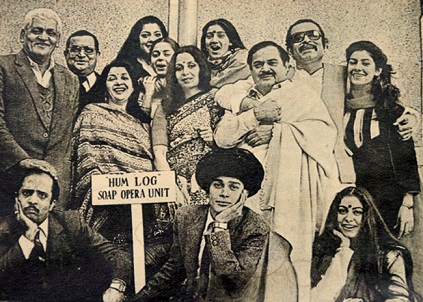 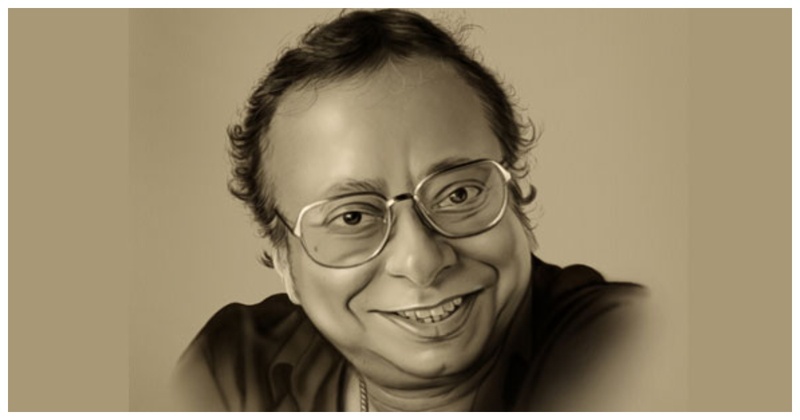 LoRD of the Melodies: A tribute to R. D. Burman 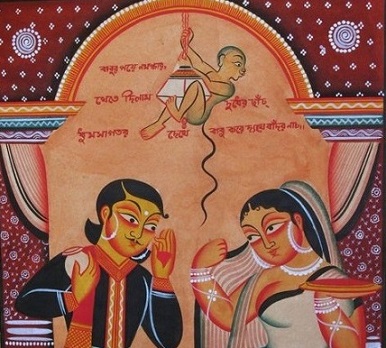